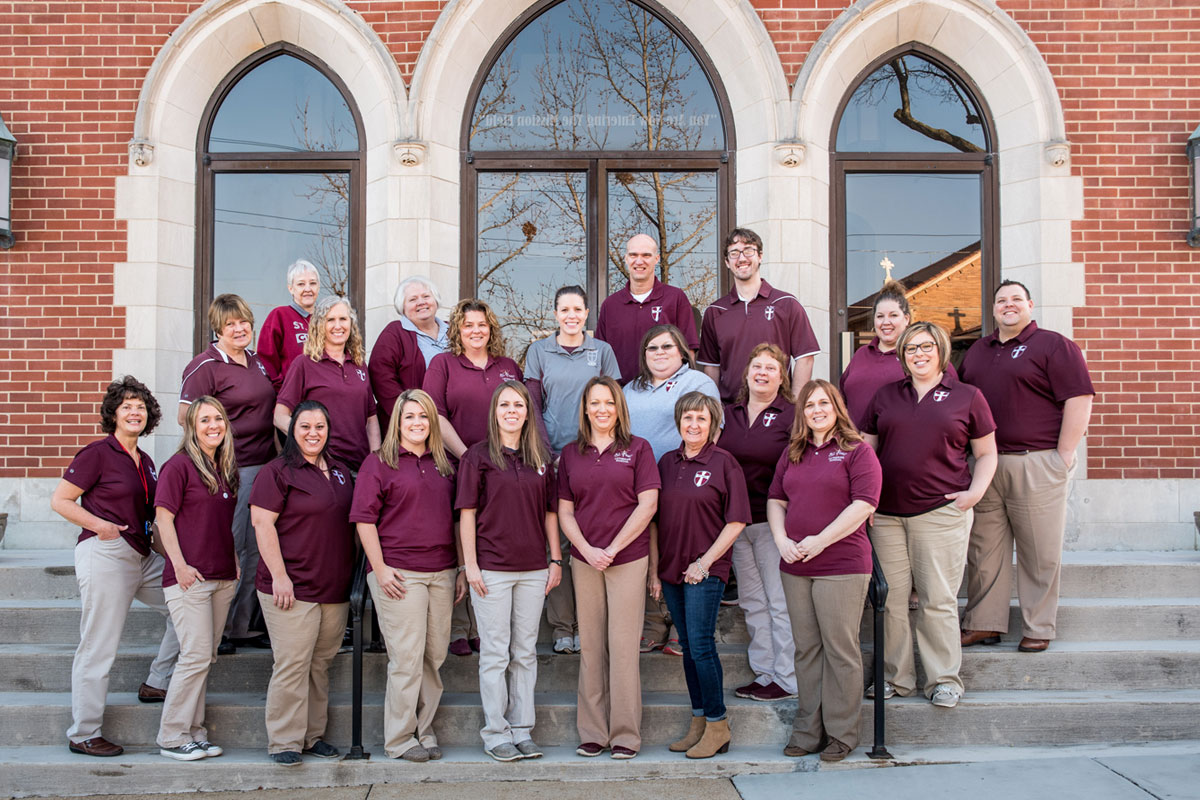 Our school has been self-supported and maintained from its very earliest beginnings. With the arrival of Rev. C. F. Obermeyer in 1874, a new school was opened and 19 children were enrolled. The number soon increased to 40. Rev. Obermeyer presided as the teacher. The school was conducted in a house that was rented for $8.00 per month. Later, classes were held in the church.

In 1885, during the Rev. Toenjes’ pastorate, the first school building was erected. The one-room frame structure was located on the same property (Carleton & Columbia St.) as the first church.

At first, the pastors served as teachers. In 1920, Walter Bosenecker was called as the first teacher from Addison Normal of Addison, Illinois. Mr. Bosenecker taught for one year. Mr. H. Edward Koschmann, also of Addison Normal, succeeded him. He taught for a total of four years. During his term, the German language was dropped.

In 1915, a second teacher was added, Mrs. Marie (Thomsen) Valle. The primary grades were taught in a part of the old church building.

A brick school building located at the south corner of Carleton and Columbia Sts. was completed in 1926. The first kindergarten in the history of Farmington schools and of the St. Paul congregation was started in 1943 and taught by Mrs. Earl Meyer. A hot lunch program began at the school in 1955, with Mrs. Esther Schramm being one of the first ladies to serve on the program.

The current school was completed and dedicated in 2 parts, the first being dedicated on January 12, 1992, and the second phase on August 23, 1998. The school is fully functional with all classes and activities being held there. The 1926 school building on the south corner was demolished in 1999 and the parking lot was placed on that property.

Shortly after the 1926 school was built, Mr. Martin W. Mueller served as teacher and the first principal. After Mr. Mueller fell ill in 1948, Mr. Alfred Von Fange became teacher/principal. Mr. Von Fange resigned in 1951 and was succeeded by Mr. R. C. Rehmer from Homestead, Iowa. Mr. W. Paul Wesche, who had been the fifth and sixth grade teacher, assumed the position as principal and teacher of seventh and eighth grades in 1957 when Mr. Rehmer took a call to Chester, Illinois. Mr. Wesche served as principal until 1962, at which time Mr. G. P. Bertram assumed the teacher/principal role. Mr. Don Reder succeeded Mr. Bertram. After Mr. Reder, Duane Giesselman served from 1977 to 1984. Rick Hanebutt served from 1984-1990, after which Mr. Giesselman came back for another term from 1990-1997. Mr. Leslie Duncan served as principal for one year from 1997 to 1998. Mr. Randolph Merrill was called to serve as full time principal of our school and filled the position from August 1998 to 2000. Mr. Les Duncan returned as part-time principal sharing duties with Duane Giesselmann in the fall of 2000-2005. In 2005 Mr. Giesselmann was called to serve as principal and served in that position until 2010. In 2007 Andrew Sherrill served as Assistant Principal and teacher. In 2010, Andy Sherrill began serving as Principal and served in that position until 2013 when he moved to the high school. Lori Flenner was called in 2013 and served until 2015. In 2015, Duane Giesselmann, LeAnna Johnson, and Kim Allen served as interim Principals. In 2016, Dustin Murray joined the staff as Principal and is presently serving in this position. 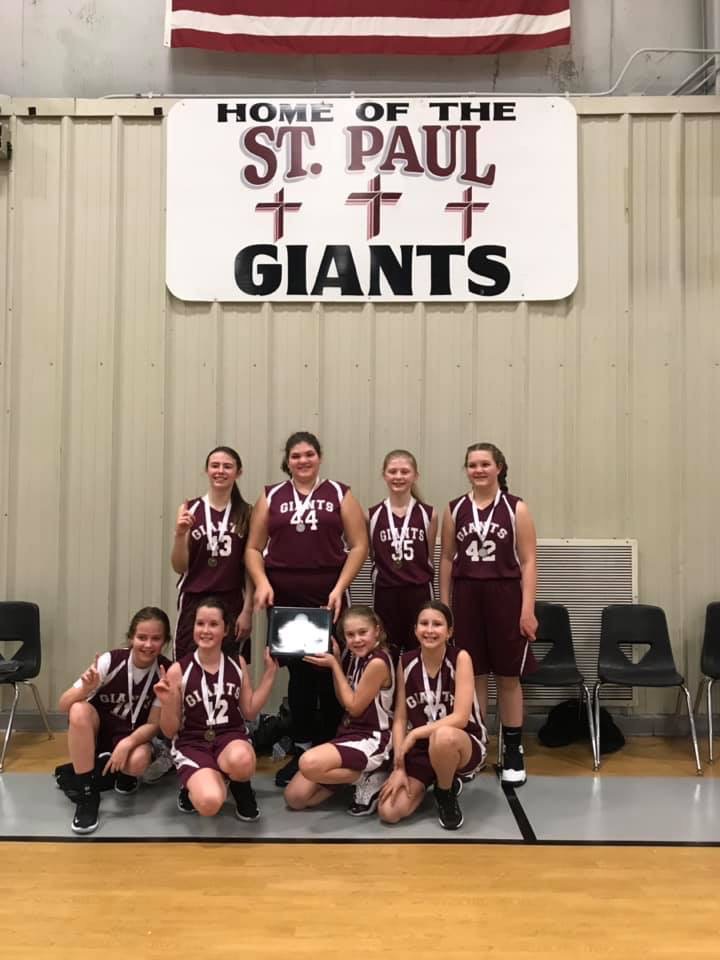 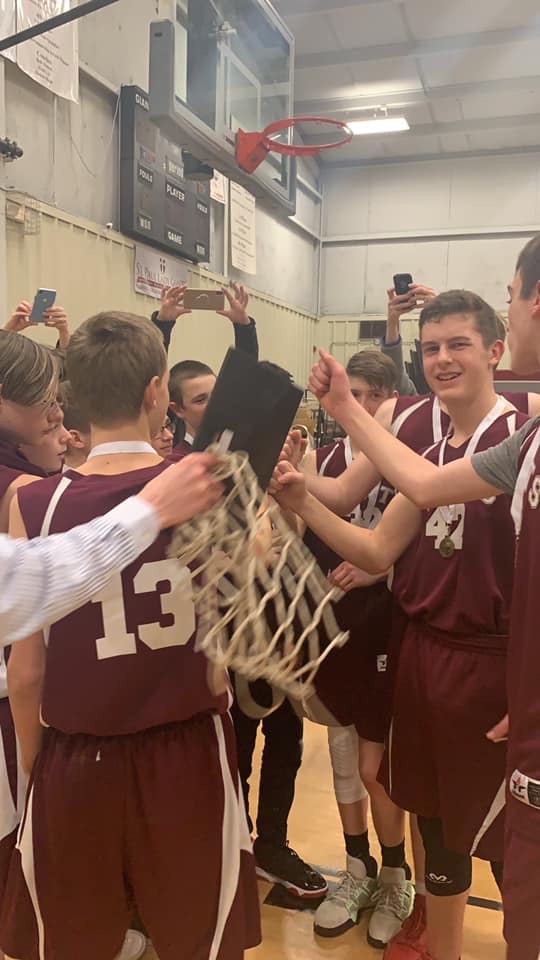